1957: Spaghetti fools
Not everybody was amused by the BBC’s famous spaghetti harvest documentary. Hundreds of people called the corporation after the broadcast asking where they could get hold of a spaghetti bush so they could grow their own crop. And many viewers – including BBC staff – who had been taken in by the Panorama April Fool criticised the use of a serious factual programme to make an elaborate joke. But the broadcast, which showed a Swiss family harvesting spaghetti from trees, has gone down as one of the best April Fools of all time.

Your memories of the spaghetti spoof:

My late mother was always fascinated by this spoof. We never had real spaghetti at home-only the sort in tin seemed to be available for quite a while after the war – but her favourite tale was always the “spaghetti trees” and how everyone believed the documentary, because Mr Dimbleby was on it !! Well done BBC. Classic April 1st.
J Hall, UK

I was 11 when this was broadcast but I knew it was a spoof even though we never ate spaghetti. I can’t really understand how people were taken in by it. I still, however, think it was a nice idea for April 1st.
Tania Goldman, Israel

I was 13 at the time and my parents had just rented our very first black and white TV. We still found it a novelty and watched nearly all the programmes to the detriment of our school homework. I’d never eaten spaghetti at the time and when the footage came on of the Italians harvesting the long tubes of spaghetti I was stunned. It was only a few days later when people were talking about the clever spoof that I realised how well I had been fooled. It was a bitter disappointment.
Maggie Cainen, Wales

When this was broadcast I was just eight years old and – of course – believed everything I was told or saw on the television. The TV was a bit of a novelty for my family in 1957 and I had no reason then to disbelieve this new and amazing media. My problem was that for years and years afterwards I believed that spaghetti grew on trees. It wasn’t until many years later when I was in my late teens that I realised this was perhaps not the case and even now at 56 I’m hopeful of spotting one or two trees as I drive around the country and the continent.
Tony Frost, England

Yes I remember – my girlfriend Jill would not talk to me for a week as she insisted that pasta really grew on trees and I told her she was absolutely silly to think that. I still think about it and am now 62.
Mary McCusker, USA

I remember it very well and still recall sitting there watching it quite happily until towards the end there was mention of, I think, Macaroni trees showing the twisted macaroni hanging from the branches and suddenly realising I had been well and truly had. What really helped the Beeb to get away with it was the dulcet tones of Richard Dimbleby in his solid, state funeral tones.
Malcolm Ross, UK 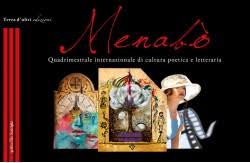